Some might say she is the greatest athlete to come from Delaware. Delle Donne is born & raised in Wilmington and went to Ursuline Academy. Delle Donne gained national recognition as a high school basketball star at Ursuline Academy in Wilmington, Delaware.  She led Ursuline to three straight Delaware State Championship titles and was ranked as the number-one overall high school recruit by Scout.com as well as a McDonald’s All-American. She was the first and only student at Ursuline so far to score 2,000+ points during her high school career and also set the girls’ high school national record for consecutive free throws made (80) in 2005–2006.

Delle Donne was also named a WBCA All-American. She participated in the 2007 WBCA High School All-America Game, where she scored 17 points, and earned MVP honors for the Red team.

She also competed in volleyball. Delle Donne won the volleyball DIAA state championship with Ursuline in 2007. She posted a season high 20 kills against Padua during a game involving the number one and two teams in the state.

Delle Donne became a three-time All-American, including first team as a junior and senior. She sparked the Blue Hens to two CAA titles, the NCAA Tournament Sweet 16 in 2013 and scored 3,039 career points, fifth in NCAA Division I history. Delle Donne was the second pick of the 2013 WNBA draft by the Chicago Sky. A perennial All-Star, Delle Donne was league MVP in 2015 with the Sky and then again in 2019 before leading the Washington Mystics to the WNBA title. She also won a gold medal with the U.S. in the 2016 Summer Olympics.

She is also a member of the WNBA 25th Anniversary Team which is a list of the 25 greatest players in WNBA history. We expect she will get inducted into Naismith Memorial Basketball Hall of Fame in the future.

Aubrey Plaza might just be the most famous person from Delaware according to a News Journal Article in 2018 where 750 people voted for the most famous person from Delaware and she won.  Plaza was born and raised in Wilmington, she also graduated from Ursuline Academy, an all-girls Catholic school, in 2002. In high school, she was student council president and participated in productions with the Wilmington Drama League.  Plaza then studied film at New York University’s Tisch School of the Arts, graduating in 2006.

Plaza is most famous for playing April Ludgate, a deliciously cynical and disaffected character on the beloved NBC sitcom, “Parks and Recreation,” a show that also helped to launch the careers of Chris Pratt, Nick Offerman and Aziz Ansari. Her star has continued to rise with regular appearances on the tv show “Legion,” with guest spots on CBS’s “Criminal Minds” and a co-starring role with Anna Kendrick and Zac Efron in the 2016 film “Mike and Dave Need Wedding Dates,” which have made a total of $77 million.

Plaza currently has a world-renowned children’s book called “The Legend of the Christmas Witch”.  The book follows Santa’s twin sister as she tries to find her brother, while also trying to understand her magic and how to use it.

Aubrey Plaza is one of the best actresses in the world & has begun to put herself in different entertainment avenues so we will definitely hear from her in the future.

Valerie Bertinelli is an Actress, television personality, cook. Bertinelli was born in Wilmington, Delaware but because of her father’s career, the family frequently moved. Over various periods, they lived in Claymont, Delaware; Clarkston, Michigan; Shreveport, Louisiana; Oklahoma City and the Los Feliz section of Los Angeles, California, where Bertinelli studied acting at the Tami Lynn School of Artists. She attended Granada Hills High School.

During Bertinelli’s acting career, she has won 2 Golden Globe Awards & has appeared in over 30 television shows and films. Valerie became famous as well for dating and marrying Eddie Van Halen in 1981. They had a son, Wolfgang (born March 16, 1991). The couple separated in 2001 and divorced on December 20, 2007. She also received a star on the Hollywood Walk Of Fame In 2012. 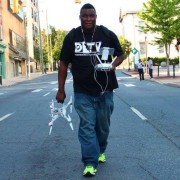 The University Of Delaware Men's Basketball team advances to the NCAA tournament for the first time since 2014!

Who Is Running In Delaware’s General Election?!!